6 Months of Change, Learning, and Love 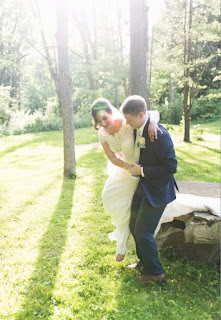 Today my husband and I have been married for 6 months..I feel like this shouldn’t really be a big deal but so many people have told us that the first year of marriage is the hardest, so being half way through feels like a big deal to me!

So much has happened.

I figured I would celebrate by sharing what John Zachary and I have been up to these past 6 months and what we have learned about marriage and each other. Also I am planning to treat myself with ice cream to celebrate as well. That is something that John Zach is learning – that I always want ice cream and I will not share it with anybody..ever. Also probably the reason why I was so totally okay with moving to Fishers was because I knew that there was a Graeters Icecream in town.


If you have never had it, travel somewhere that you can get it.

OKAY! So let me tell ya’ll a bit about what’s happened since our wedding.

About a week before our wedding day we moved all of our things into our new place in Fishers, several weeks prior John Zach had taken a job at Aflac in Indianapolis and since we have some family down in Fishers as well as a Graeters Icecream, we decided that would be a good place to start off.

So after that we headed back home and got married a week later on the most perfect day of June 11 and then spent an amazingly fun-filled adventure of a honeymoon in Sedona.

The night that we came back home from our honeymoon John Zach drove right to our new home in Fishers because his first day of work was the next day, and I followed down the day after because I had a job interview the day after that!
So! Since then I have taken a job at St. Vincent Hospital in the Oncology Department as a Cancer Care Patient Care Administrator, done some substitute teaching on some days off in between, and become a part of the No One Dies Alone program at Eskenazi Health in downtown Indianapolis. John Zach was working for Aflac for a bit and now has been working for Costco for the past several months.

I have had a few health hiccups with stomachs and kidneys, but really hoping that these next 6 months I have some better luck! And Zach is completely healthy all the time which kinda annoys me a little.

We joined a Trinity Church in Broad Ripple and are really happy there! We have joined a small group with 6 other people and John Zach and I have just started serving together as teacher and co-teacher for the Pre-K through 2nd grade children’s ministry.

Also since moving, John Zach’s cousin Mitchel has moved in with us, he lives on our couch (sounds crazy but its been pretty fun.) So the three of us have some pretty good times together.

Its been really hard to find time for the both of us to go home and visit family and friends, which has been difficult..but to all those friends of ours reading this, WE MISS YOU!

And that is pretty much how life has been for us. Its been crazy and tiring and great and fun. There is so much more to learn every day.
So here is a little of what I have learned so far from being married to John Zachary:

1. If I didn’t cook dinner at all, he would eat either Culvers or Chik-fil-A every single day.
2. Sometimes Zach just randomly starts dancing which kinda made me feel weird but lately I have found myself randomly dancing as well.
3. These are honestly and truly the exact words that came out of John Zach’s mouth about 2 months into marriage: “When I thought about what it would be like to be married to Melinda Reach I always thought it would mean having cookies every day.”
…I have made a lot, A LOT of cookies since that day.
4. Sleeping in the same bed as someone is kinda annoying when you both want all of the blankets all of the time.
5. We would make an amazing volleyball doubles team together.
6. I don’t feel as bad staying in bed until noon when someone else is doing it with me.
7. Laughing and joking with your spouse is one of the best feelings ever.
8. When we both have a day off, we need to plan out exactly what we are going to do together that day.
9. There are days we both totally screw up, but Zach always pushes me to talk things out with him..which is hard for me to do but hey, I’m learning
10. No matter how much you think you already know about your spouse, there is SOOO MUCH more to learn.
11. There is always more love, respect, service to give one another and to give others with one another.

There is so much more to learn on this new adventure of a lifetime that we have started. Its too fun, and it’s almost unimaginable to think about all the other things I will learn with years to come.

I thought some would like to hear what we have been up to, so I hope this post answers some questions and lets you into our lives a bit. Thanks for reading and letting me share, it’s good for me to write out these things I have learned because writing them makes me love and appreciate John Zachary so much more.

And here’s one last plug for Graeters Icecream.. GO GET SOME IF YOU HAVEN’T YET BECAUSE THAT’S A WHOLE NEW WORLD OF JOY THAT YOU HAVEN’T EXPERIENCED YET!

Popular posts from this blog 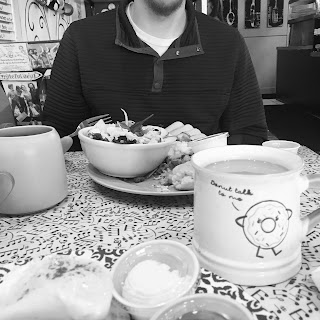 I don't know about you, but the fact the tomorrow is the 1st day of March is really hitting me hard.
I feel like I don't even remember December and January. And I don't know where February has gone but here we are. The last day.


This month has been really crazy though, I feel like my life is flashing before my eyes!
This month Juniper really started to find her confidence and walk! And now thats all she does, and its the weirdest feeling! I'm just able to set her down and she will just walk anywhere and everywhere. I'm the one that needs to follow her around and keep up! Its been a huge game-changer and also feels like a really big step into toddler-hood, which, to be honest, I have been pretty terrified about!
I'm feeling extra grateful these days that each day is a new one.

A pretty good picture of what life with Junie looks like now is just her walking back and forth throughout our house, babbling God knows what all day, and laughing intermittently and wha…
Read more 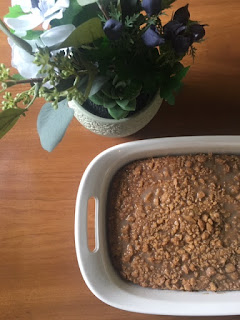 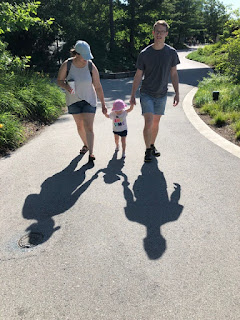 It's the last few days of June and I am almost writing this too late if I want to keep up with my goal to write a blog each month, sorry if I kept you waiting!
Summer always moves at a quicker pace and it feels so busy to me, but I don't know of anyone who doesn't love it, including me.


June is a sentimental month for me because it includes my birthday, and then mine and my husbands wedding anniversary got added in just 5 days later. But this June just really felt big to me.
The concept of time is what has been mulling around in my mind this month, and I'm trying to figure out what changed that has made this particular year feel so life-altering - I guess this is my attempt to talk it out with you and let you in on a little of life in the Kotynski home.
But really what I'm learning and what I mostly want you to know is that each day is a fresh start, and I'm realizing what a special gift from God that really is. We have the ability to see things in a new way,…
Read more